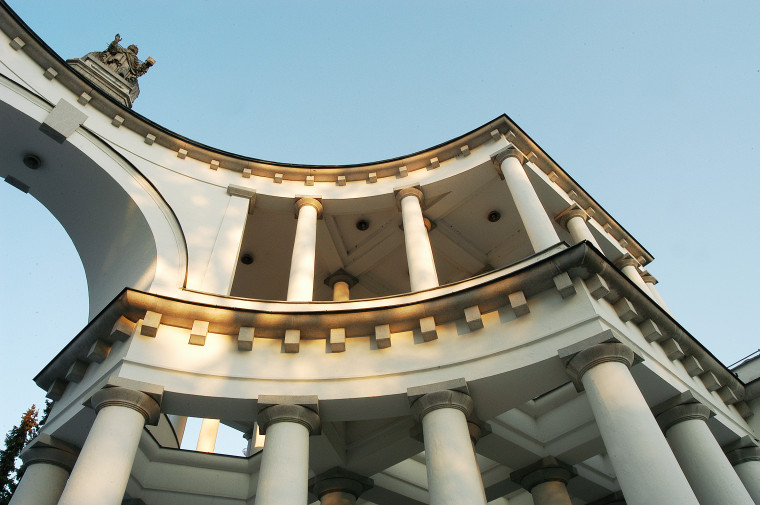 The Žale Cemetery is one of the most beautiful European cemeteries and an important part of Slovenian and European cultural heritage. A lot of attention is devoted to its preservation.

The Žale and Plečnik's Žale cemeteries are registered cultural heritage sites and inscribed on the Register of Tangible Cultural Heritage of the Ministry of Culture of the Republic of Slovenia. As a result, the two sites are protected as cultural monuments. Moreover, Plečnik's Žale is a cultural monument of national significance and a holder of the European Heritage Label based on an intergovernmental initiative, which makes it a monument of European significance. Also, it is currently awaiting inscription on the UNESCO World Heritage List.

According to the City of Ljubljana's Spatial Plan, public green spaces are of special cultural value – as cultural heritage sites and as features of public greenery.

Protecting the Integrity of the Cemetery and of Individual Graves

Each cemetery is therefore protected as a cultural monument and a special protection regime applies to it, ensuring the protection of the cemetery's ambient and architectural integrity, the artistic, cultural and historical significance of individual graves and the private property of grave leaseholders. When it comes to supervising cemetery activities, a consent management system is in place for stonemasonry and gardening work. The execution of these activities is monitored in cooperation with the Institute for the Protection of Cultural Heritage of Slovenia.

We have been actively involved in the Association of Significant Cemeteries in Europe (ASCE) since its inception in 2001.

Working alongside other association members, we strive to raise awareness of the cultural, historical and artistic heritage of cemeteries, share experiences in the field of preservation and promotion of cemeteries, including in terms of tourism, and promote the use of new technologies. The association also advocates for regional, national and European institutions to increase funding for cemeteries, as well as for universities to conduct more historical, artistic and anthropological research.

The Heritage Days of European Cemeteries, organised by members of ASCE, are an opportunity to promote Slovenia's cultural and historical heritage, which is one of our missions. Activities organised as part of these days in the past include free guided tours of Žale Cemetery's sights. Due to a great interest the public has shown in these tours, they have remained part of our services and are organised every year.

The Book "Žale – A Guide to the Cemetery"

We were involved in the creation and publication of the book titled ‘Žale – A Guide to the Cemetery’ (original Slovenian title: Ljubljanske Žale – vodnik po pokopališču) by Milena Piškur. The book presents the history of the cemetery, as well as some of the more prominent individuals laid to rest here and their gravestones. It is available for purchase at the Plečnikova cvetličarna florist shop.

Have a look at the list of schedules funerals to find out where and when the deceased will be buried.

The funeral service can be filmed and streamed online on request.

You can easily find one's grave by entering the deceased's details in our find-a-grave search tool and light a virtual candle.

You can tour all our cemeteries virtually from the comfort of your home.

Download the Artour mobile app – a fast and easy way to find a grave.

Express your condolences with a floral tribute. Sometimes it’s hard to find the right words, so let flowers do the talking.

A sympathy card that includes a voucher for flowers, candles, graveside gardening or stonemasonry services.

Choosing a headstone to mark a loved one’s grave is an important decision – let our experts help you.